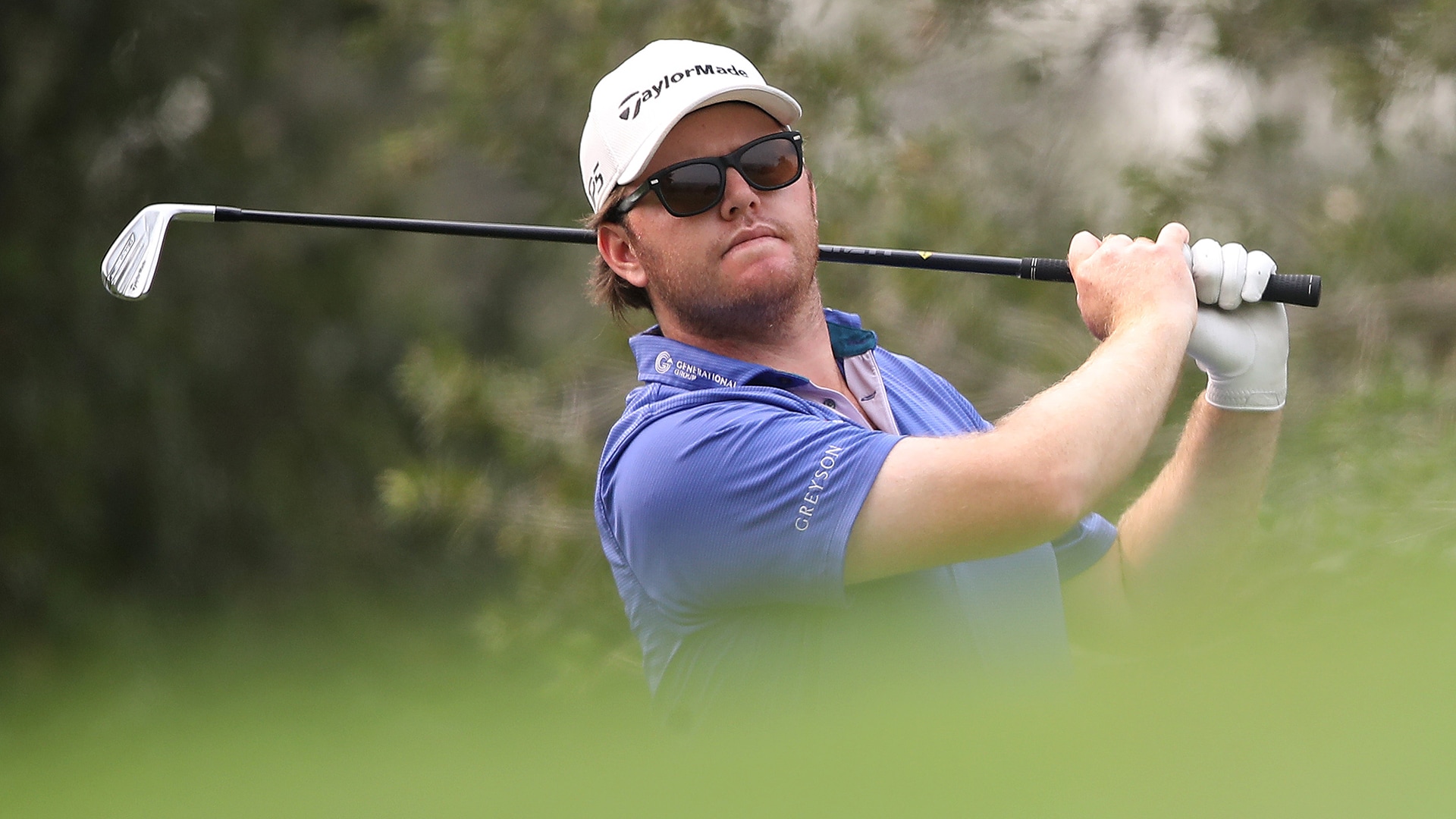 Harry Higgs had big plans to take a nap after an early start Friday at the Safeway Open.

That might change after he made his first career albatross on his final hole of the day to surge into contention in Napa.

“I might be too jacked up to actually fall asleep,” he said.

Higgs’ perfect 4-iron from 231 yards landed short of the green, bounded up and rolled into the cup for a 2 on Silverado’s par-5 ninth, his final hole of the day.

Higgs’ reaction might have been as good as his shot or his second-round 62. After hearing a volunteer screaming, “It’s in the hole! It’s in the hole!”, Higgs tossed his club to the ground, “jumped for joy” and then raised his arms, as if to say, “Are you not entertained?”

“I’m sure it looked funny and ridiculous,” he said. “I’m sure it could probably be a ‘not top-10 play’ just based on the poor reaction that I gave it. But no, I mean, what a great way to finish. I had a little panic freakout, jump for joy and then I threw my club.”

Higgs also threw himself squarely into the mix in the Tour’s season opener, posting 13-under 131, two shots back of Sam Burns’ clubhouse lead.