The first time Dame Laura Davies met Queen Elizabeth II was after she won the 1987 U.S. Women’s Open. Davies said she had about one minute to converse with the queen while being appointed a Member of the Order of the British Empire (MBE). The queen congratulated Davies on the major championship victory and asked where she was off to next. Davies happened to be headed from the palace to the airport to compete in the Biarritz Ladies Open in France.

“She said, ‘Well, make sure you win,’ ” recalled Davies, “and I actually did go on and win. I said to someone the other day, I wonder if she looked at the results. I know she didn’t. In my mind, it would be nice to think that she got the newspaper out on Monday and looked at the scores.”

In 2000, Davies was appointed Commander of the Order of the British Empire and in 2014, she was made a Dame in the Queen’s Birthday Honors list. Davies has all three documents – signed by Queen Elizabeth and Prince Philip – framed and hung on the wall at her home in Ripley, a small village in Surrey.

The atmosphere around town, Davies said, has been subdued since Queen Elizabeth died at age 96. The state funeral service will be held Monday, Sept. 19, 2022, at Westminster Abbey in London.

Karen Stupples’ grandfather Frank Paker, a clever electrician from Deal, built a TV in 1953 so the neighborhood could watch Queen Elizabeth’s coronation. Stupples, who was born 20 years later, said no one in her family ever dreamed that one of their own would one day meet the queen.

“My dad directed traffic at the Port of Dover,” said Stupples. “His relatives were fishermen. My mom pressed blouses. That stuff just doesn’t necessarily happen.”

The first time Stupples met Queen Elizabeth was with the victorious 1996 Curtis Cup team at a Christmas Party at Buckingham Palace. She was there with a couple hundred other guests, wearing a name badge and a wide smile.

“There’s paintings that are 15 feet high,” said Stupples, “massive paintings all in this room and it is very. … I mean, I can’t even properly put it into words how extravagant it felt.”

One of the queen’s aides came by and asked five of them to gather in a small semi-circle before her majesty came over. There was a handshake and a curtsy and pleasant talk about golf before she moved on to the next semi-circle. Several other members of the royal family came by for a similar exchange.

Stupples was invited back to see the queen after she won the 2004 Women’s British Open at Sunningdale.

“As I got older, and I look back on it now,” she said, “I am proud for my family as much as anything. That they can all say that one of theirs has met the queen and been inside the palace.”

American Debbie Massey was 25 years old when she met Queen Elizabeth II in a receiving line of U.S. and Great Britain and Ireland Curtis Cup players in 1976. They wore white gloves, bowed and curtsied. Nancy Lopez, Beth Daniel and Carol Semple Thompson were among Massey’s teammates.

“If she chose to say hello or reach her hand out, you would respond,” said Massey. “Refer to her as ‘your majesty’ the first time and after that you could respond ‘Yes ma’am.’” 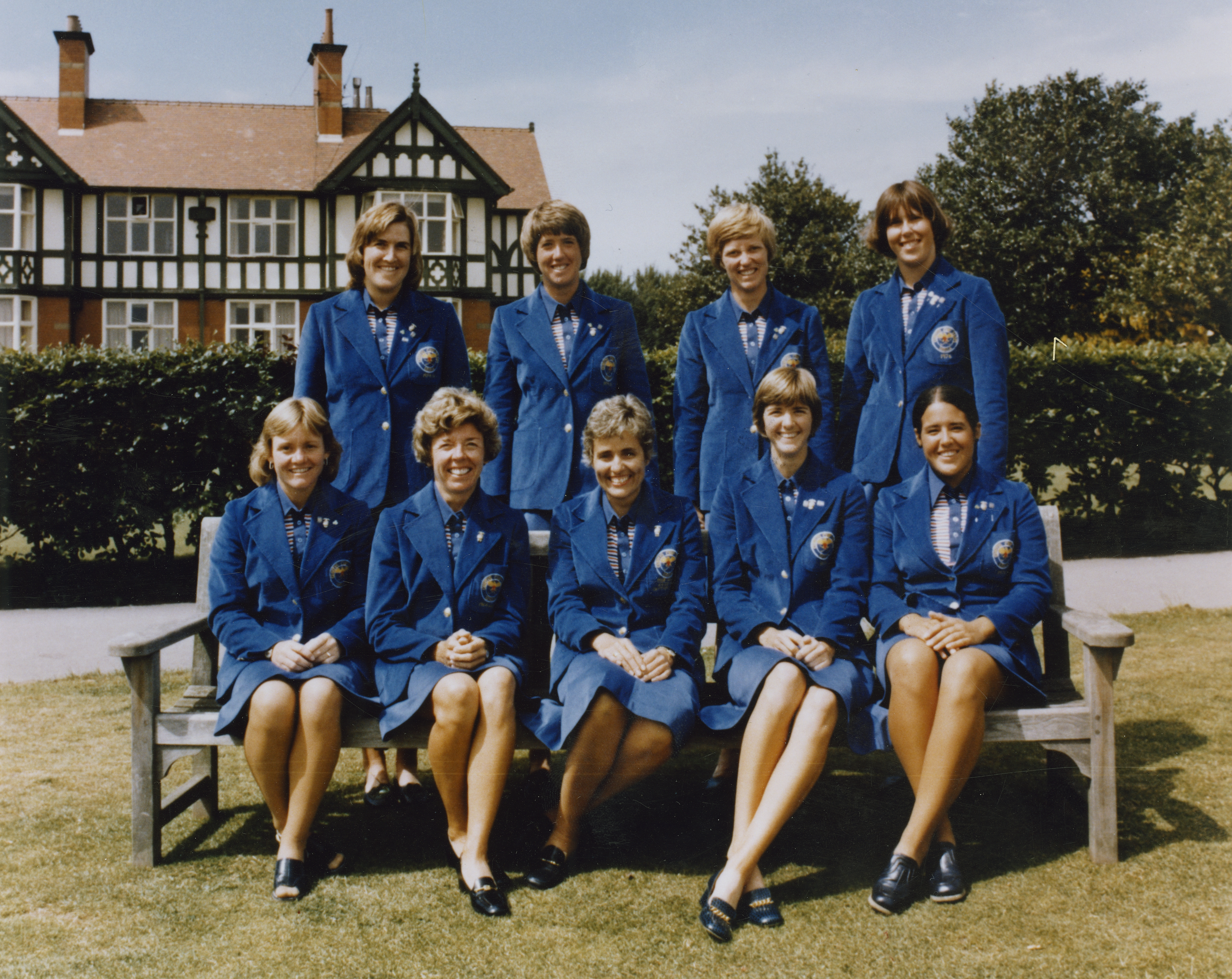 Massey, who went on to win three times on the LPGA, recalled that the queen was running late that day. She’d been rehearsing for an upcoming ceremony in which she’d have to ride side-saddle for over four hours. The queen’s horse had become injured during rehearsal and she was waiting to speak to the vet.

“She was petite,” said Massey of her first impression, “and she did have the most sensible shoes I’d ever seen in my life. I wish I had a pair now at my age.”

After the queen went down the line, she went to another area of the room to have some tea. Massey and Thompson decided to go have a chat. Thompson inquired about the queen’s horse. Massey asked if she’d ever gotten nervous watching her daughter ride, telling the queen that her mother couldn’t watch her play golf.

“Carol and I were with her it seemed like quite a while,” said Massey, “just the three of us. Then our team came, the U.S. team, and stood around and she was wonderful. She made you feel at home and welcome.

“At some point, she said, ‘You know, I really think I should go talk to my team.’ She excused herself and walked over to where they were all standing.” 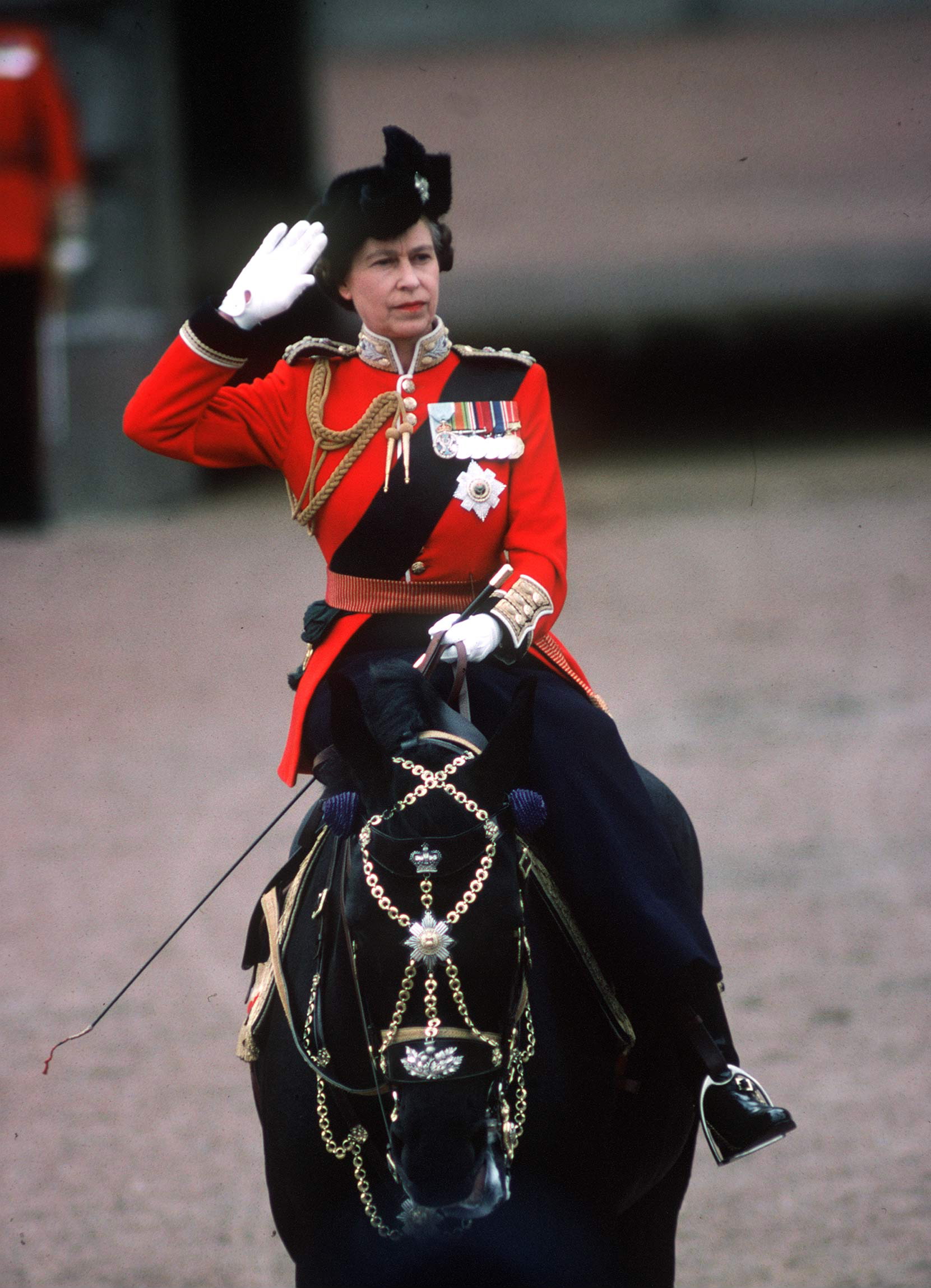 Massey, who won a pair of Women’s British Opens before it became a major, said she’s gotten a lot of milage out of that story over the years.

“It was a big part of my life,” she said of meeting Britain’s longest-reigning monarch. “We felt so fortunate. As young women, we just absolutely devoured it.”