The Match: Best of the Brooks Koepka and Bryson DeChambeau feud 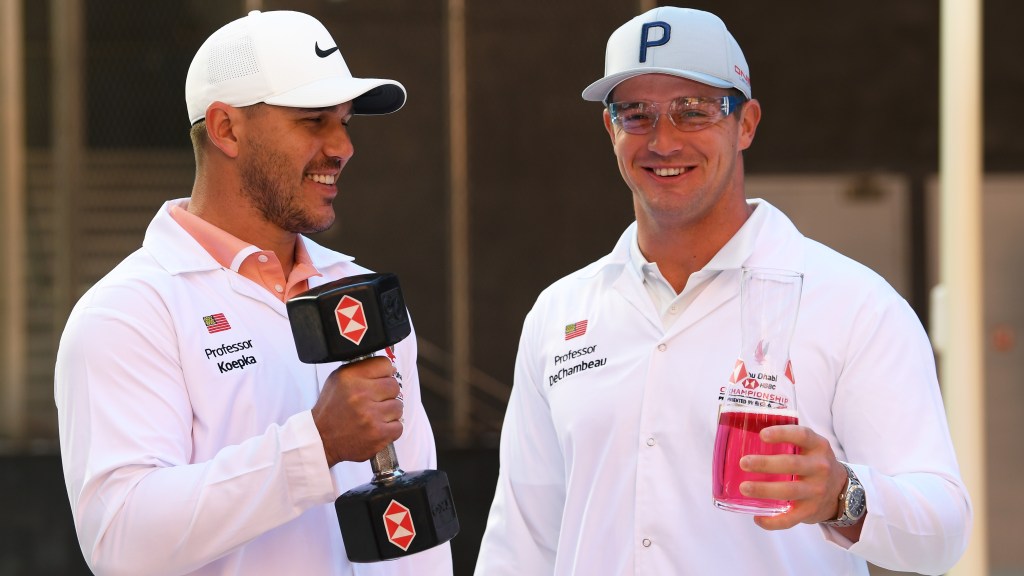 A lot has changed since the 2020 Abu Dhabi HSBC Championship, the site of the above picture featuring Brooks Koepka and Bryson DeChambeau.

In the image, the two appear to get along. In reality, they couldn’t dislike each other more. After the pair’s personal issues were put to bed for the 2021 Ryder Cup, where both Koepka and DeChambeau helped Team USA rout the Europeans at Whistling Straits, the rivalry is back on with the fifth playing of The Match this Friday, Nov. 26, with a 12-hole bout at the Wynn Golf Club in Las Vegas.

Get ready for the match with a history lesson on some of the biggest moments from the Brooks and Bryson beef.

More on The Match: How to watch | Odds | Yardage book | Wynn photo gallery

Back in 2019 slow play was all the rage on the PGA Tour, and DeChambeau was the poster boy for the problem (partially because as one of the best players in the world, he was seen being slow on TV more than others).

It got to the point that even his fellow players on Tour were calling him out, with Eddie Pepperell throwing the harshest criticism DeChambeau’s way by calling him an “unaffected single-minded twit.”

Koepka also had more than a few words on the subject, and DeChambeau had enough.

Was standing on the putting green with Koepka’s caddie earlier when an irritated Bryson DeChambeau walked up & told him to tell his boss to make any comment about slow play “to my face”. Brooks arrived soon after, got the message & ambled over for a chat with the scientist.

The two hashed it out and moved on. Just when it appeared like this may be the end of the feud, it was actually just heating the pot.

My personal favorite moment of the beef.

While on a Twitch stream in January of 2020 after Koepka had appeared in ESPN’s Body Issue, DeChambeau took a shot at his physique.

“I don’t think his genetics even make him look good,” DeChambeau said. “Did you see the Body Issue? He didn’t have any abs. I have abs.”

You were right @b_dechambeau I am 2 short of a 6 pack! pic.twitter.com/aCJ1jimId6

At the time this burn was even better because DeChambeau had yet to win the U.S. Open (he won later in the year at Winged Foot).

I saw it, you saw it, we all saw it. But, if by some odd happenstance you’re reading this and have no idea what I’m talking about, here’s what you need to know from May. The clacking of the metal spikes, Koepka’s eyes nearly rolling out of his head and down the cart path, it’s so pure.